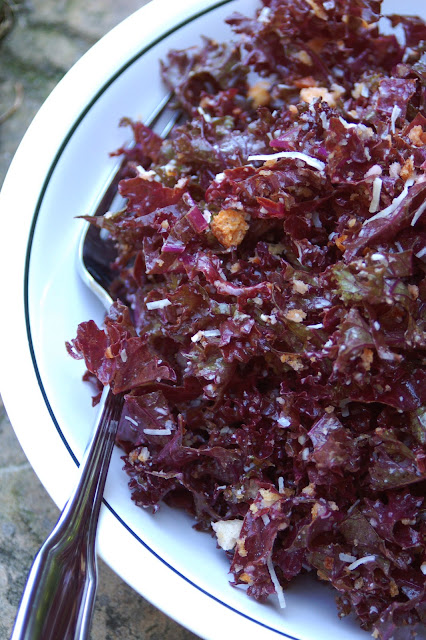 I've been seeing more and more recipes for raw kale salads. I typically only use kale in soups and stews so honestly I was a little leery of eating it raw.  But when I saw a recipe over at 101 Cookbooks I knew I'd found a great one to try.  I've never been steered wrong by her recipes.  Ever.  We've had this two Saturdays in a row for lunch and I am in love. Heidi's recipe called for Tuscan kale but without driving all over town what I found was red kale so that's what I went with.  I look forward to trying it with the Tuscan kale but we really loved this version as well.  I found a fantastic pecorino - Pecorino Toscano Riserva il Forteto - I upped the amounts of the cheese a bit using close to an ounce in the dressing and another ounce on the salad.  And I cheated a bit on the bread crumbs and bought crostini that I crushed with a rolling pin.  And finally, I used the best kitchen tool I have - clean hands (remember to take off your jewelry!) and really tossed the salad well with the dressing, kneading it as you would bread dough.  I was worried the red kale might be a little tougher than the Tuscan so I want to break it down a little.   As I said, I am in love. 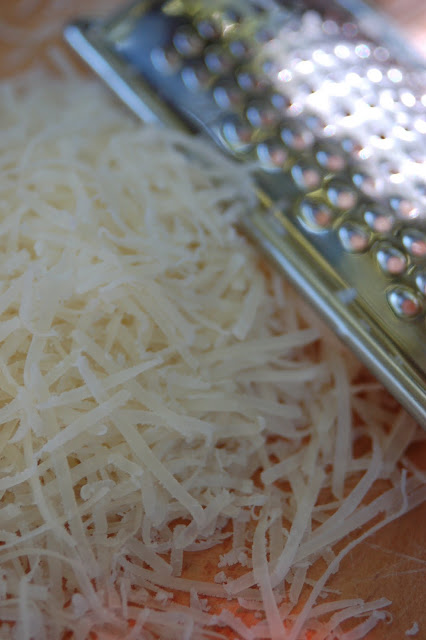 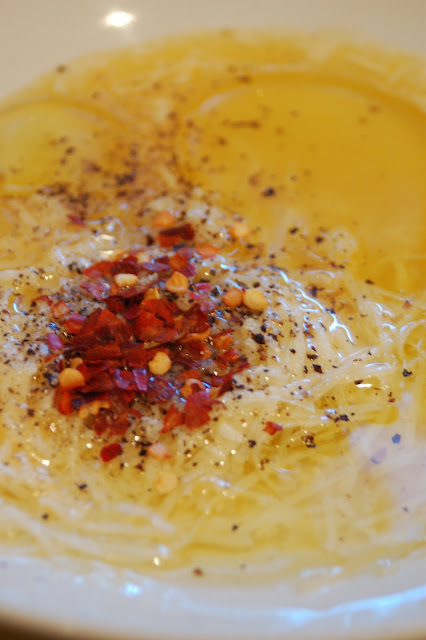 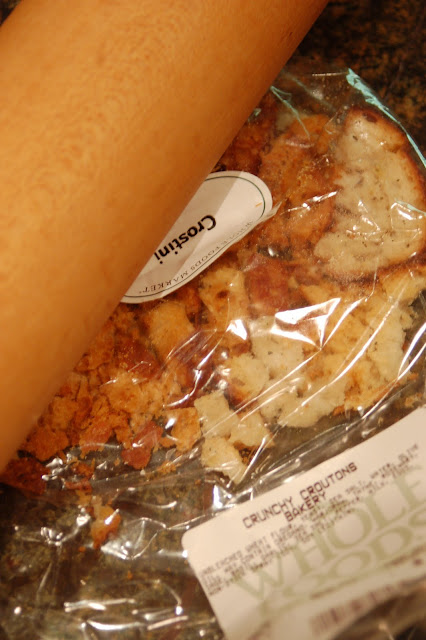 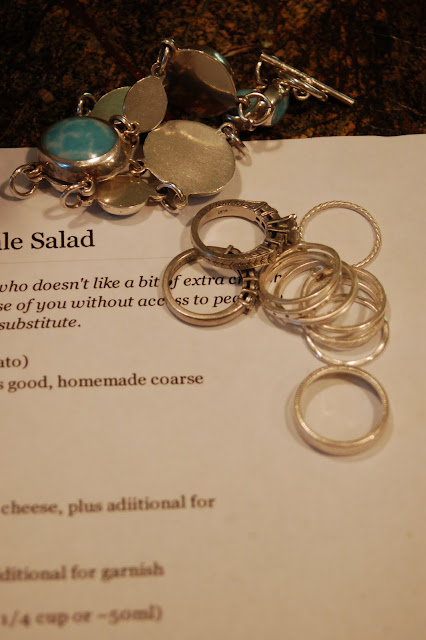 Raw Kale Salad
(printable recipe)
1 bunch red kale
2 ounces crostini
1 small garlic clove
1/4 teaspoon kosher salt, plus a pinch
1 1/2 - 2 ounces grated pecorino cheese, divided
3 tablespoons extra virgin olive oil
freshly squeezed lemon juice - 1/4 cup
1/8 teaspoon red pepper flakes
freshly ground black pepper to taste
Trim the bottom few inches off the kale stems and discard.  Slice the kale into thin ribbons and wash well, spin dry.  You should have 4 to 5 cups.  Place the kale in a large bowl.
Crush the crostini with a rolling pin to make coarse bread crumbs
Using a mortar and pestle or a knife, pound or mince the garlic and 1/4 teaspoon salt into a paste.  Transfer the  garlic to a small bowl.  Add half the cheese, 3 tablespoons oil, lemon juice, pinch of salt, pepper flakes and black pepper and whisk to combine.  Pour the dressing over the kale and toss very well - I used my hands to work the dressing into the kale.  Let the salad sit for 5 minutes.  Toss with the bread crumbs and additional cheese and serve.
adapted from 101 Cookbooks Raw Tuscan Kale Salad
Posted by Guinnah at 11:35 AM

You had me at cheesy dressing. I've never had raw kale, but you've completely sold it. It's goin' on my pin board. :o)

I'm going to plant kale in my winter garden - this looks fabulous, I am going to try it